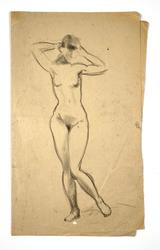 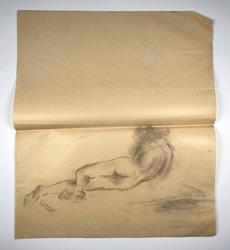 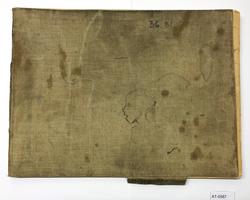 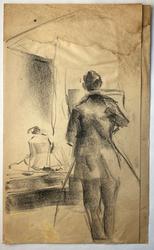 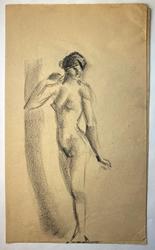 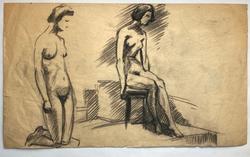 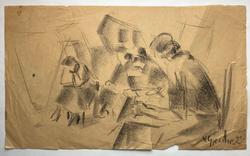 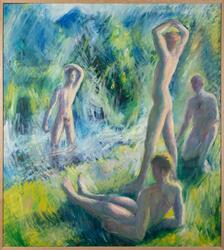 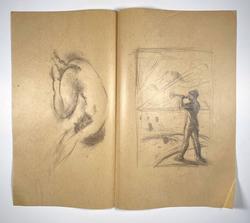 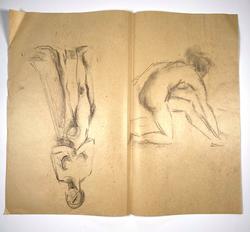 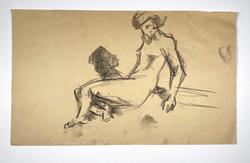 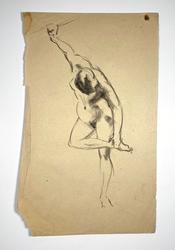 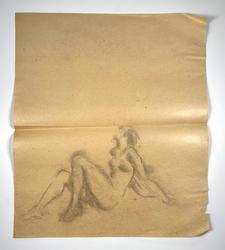 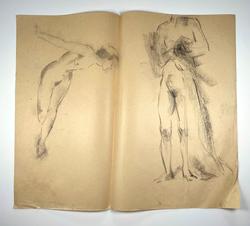 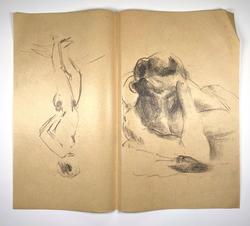 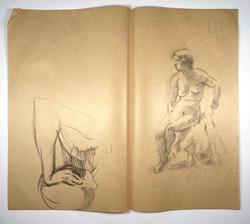 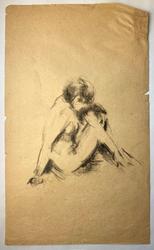 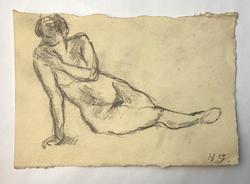 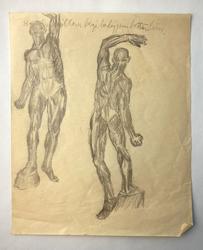 In the 5th century BCE, the great Greek philosopher Protagoras (485-415 BCE) stated that "Man is the measure of all things". Since prehistoric times humans have concerned themselves with the human body. Humans created nude representations of the human body as early as the Palaeolithic Period or Old Stone Age (30,000 BCE–10,000 BCE), such as the stone figure Venus of Willendorf. In early Greek Art, in the 5th and 6th century BCE, the athletic, nude, male body was the primary focus. Females were also portrayed as nude, although in an aesthetic and erotic manner in later Greek Art. Throughout the Middle Ages in Europe (ca 5th to the late 15th centuries), the naked body could only be shown in religious motifs, such as in scenes portraying Adam and Eve and the Last Judgement. During the Renaissance, a thorough and scientific study of the human body – as seen with Leonardo da Vinci’s (1452-1519) anatomical sketches, as well a more sensual characterisation of the body – as in Antonio da Correggio’s (1489-1534) paintings – is in focus. With the establishment of several art academies in the late 17th century, studies of the nude body became an essential part of an artists' education and have been ever since.

A nude is a study in anatomy, proportions, balance, colour, volume, contours, light and shadowing. The nudes are seldom about a particular situation or the individual being portrayed. The motif can be eroticized, but most often the nude is about a need to study the human body, to be able to portray it correctly with and without clothing. In this exhibition, you can experience artworks that focus on the body. The featured artists are Hans Gjesme, Nikolai Astrup, Bernt Tunold, Knut Rumohr, Ludvig Eikaas, Malvin Berqvam, Bjørn Hegranes, and Otto Carlsund. The male artists represented here, were born between 1877 and 1926. The artworks fall primarily under the traditional categories of graphics, paintings, sketching and sculpting, and were created in the period 1899 to 1989. The works are from the art collections administered by the Museums of Sogn and Fjordane. Most of Gjesme’s nudes have been stored as unfastened canvases and have therefore never been exhibited before. These have now been fastened to a stretcher, cleaned and framed. None of these artists had nudes or bodies as their main motif during their artistic practice, but all of them were introduced to it, either during their education or by their own initiative.

None of the artists we exhibit here diverge from this approach. Instead of letting the object meet the viewer's gaze, the models are portrayed as passive objects at the viewer's disposal. For the artists represented here, as in the artistic world generally, the female body is the central motif in the nude genre. The female is portrayed as an object for the male (artist’s) gaze. However, some male portraits do feature in the exhibition, through the works of Astrup, Gjesme and Eikaas. A different body motif in the history of art, is the natural body in bathing scenes or in nature – as seen in Berqvam, Hegranes and Gjesme, and as an allegory in Hegranes' etching. The fact that artists often have portrayed humans bathing in nature, may suggest that this situation was a legitimate opportunity to study and portray the naked human body, outside an educational setting.

After World War II, many modernists avoided the nude, since it was tied to the traditional sketching education at the art schools and academies. Because of this, they worked with different issues concerning form, colour, space and line in an increasingly abstract and non-figurative expression. In the 1940s, Rumohr worked with lifelike motifs made abstract, but he later focused entirely on a non-figurative artistic language. Eikaas touched upon the non-figurative but settled in an abstract expression that also allowed him to work in traditional genres, such as portraits and nudes.